I ask myself almost daily who I am. Because I’m a Mother who lost her first child to adoption, people put me in the ” Birth Mother” category. But , I think there is far more to me and my multiple issues than that.

I’m also the daughter of Adoptees. That’s an area never spoken about in Adoptionland. No support groups, no box to check for that. It is ignored by most and ” I’m lucky I wasn’t adopted “. I know my roots , right? I don’t. I know who my mom, dad , brother, and one paternal grandmother. That’s it. To me , my parents relatives are Not mine. Since my parents don’t care who their Real family is , that means I don’t know much.

My mom was adopted at birth by a cruel woman that lied to her , her entire life. The story of my real grandmother dying in childbirth and my real grandfather being killed in a war we weren’t even fighting in yet bothered me for years. It just didn’t ring true. My Moms Adoptive mother told a tale that she had 7 miscarriages and was giving birth to another stillborn baby. The doctor supposedly gave mom to the lady that had so much loss.

A few facts are needed here to help you understand. My adopted grandmother was Jewish. She was wealthy. And , my mom was born in a charity Catholic hospital for the poor. Why would a rich Jewish woman go to a hospital for the indigent after losing so many babies? Wouldn’t it make more sense for her to go to a fancy top hospital?

I started researching the hospital mom was born in. I came across a photo of a woman with the same last name laying the cornerstone. Clue #1. Mom had tried to get her records at 21 but they were destroyed…. the usual Adoption fire or flood that is a common lie.

Original Birth Certificates are extremely hard to get for Adoptees in most states. They are sealed and an amended Birth Certificate is issued that falsely puts the adopted parents as giving birth. Often other data on this Amended Certificate is wrong , sometimes deliberately. Dates and names are spelled wrong so Adoptees can’t even go by that information.

When Illinois finally opened up to giving OBC’s, I filled out the forms and waited. Eventually, my moms records came. Both of her parents had been alive at her birth. All of the years of my mom thinking she had contributed to Her moms death were needless and cruel. Of her Never thinking she was good enough, that she had to be perfect, and her zero self esteem were caused by a lie.

I quickly searched online and found my mom’s family. This was 5 years ago. Mom was 71. Sadly, her parents had lived in the state next to us forever. And , they had both just died in their 90’s. I think I was more angry and heartbroken than mom. She had five siblings, with two still alive. I called the first name I found that matched with the information I had gathered and it was her youngest brother! He never knew of her but was immediately kind and open. He called the sister and she knew the story.

My fathers story is a little different. His mom , my beloved Nana was his mom. She had been married to a Jewish man and he left her when she became pregnant. I never knew this about my dad until I was in my late 30’s. I was stunned my dear Papa wasn’t my grandfather, even though he died when I was 5. Apparently, my Nana remarried to a Jewish doctor and he adopted my dad. I found out who he is via the wonderful Search Squad on Facebook. My birth grandfather was a Russian Jewish man. He soon remarried and never had children. I don’t think my dad even knows who he is. We are estranged…. another day.

Having two parents that are Adoptees wasn’t easy. It wasn’t discussed Ever , and back then Adoption wasn’t spoken about or thought to cause any emotional damage. My mom is the classic “ in the fog “ case and really still is. She says she forgets about it. Dementia isn’t helping that. My father was cold , distant, and ending up leaving our family when I was 10. He remarried a woman with the condition of No Kids. He loved my Nana dearly, and I’m glad I have that memory.

I always was so jealous of big families. My tiny one didn’t interact with any family members. It confused me why everyone had cousins and I only knew some of the names of mine. I had wanted this huge loving family and instead had two totally dysfunctional parents. As I grew up , I tried to be perfect, the smartest, the one they would be proud of. I always felt like I failed.

I wish there had been support groups for people like me. In Adoptionland I’ve always been friends with both Adoptees and Mom’s. But , I saw so much of the Adoptees pain in myself. I felt torn and confused on what category I fit in to. In a profound sense, Girls forced by their parents to not keep their baby become orphans , too. Our parents didn’t love us Or their grandchild enough to help us. That alone is a huge lifelong pain.

When I figure out who and what I am , I think I won’t feel so alone in my grief. It’s a long process to discover who and why you’re here. I hope you’ll ride this out with me as I do. 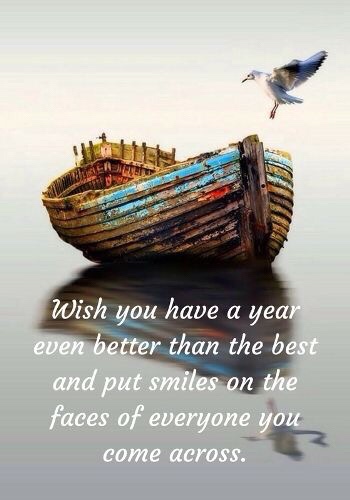